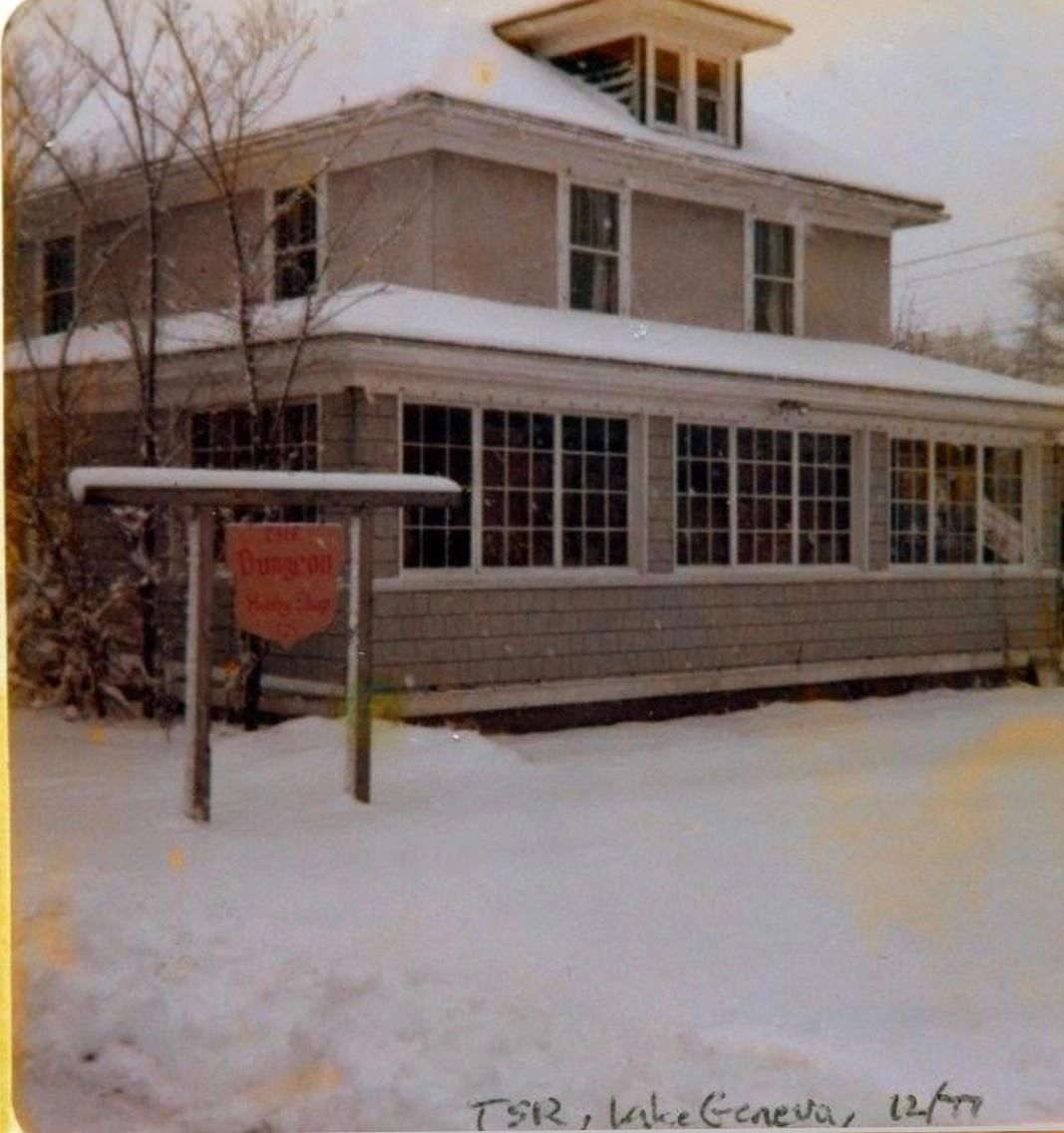 Join our community of players!

TSR ( In the Beginning )

In 1976, Tactical Studies Rules  (TSR), the company Gary founded to produce the D&D game that both  he and Dave Arneson created, takes up a house on 723 Williams Street in Lake Geneva to be their new office/hobby store location

The way news of D&D spread in 1976 is like the way pass-along  readership works in magazines today: by word of mouth. TSR succeeded as a  company because it fostered a devoted fan base for its products: in  1976, TSR became the owner of GenCon, a massive convention that in 2006 had over 85,000 attendees. Also in 1976, The Strategic Review became, The Dragon magazine.  The premier issue featured a goofy teal dragon on its cover and the  melting reptilian letters that would serve as its title font for the  next twenty-six issues.

How You Can Help

The Dungeon Hobby Shop Museum relies on the gaming community to make  this a wondrous place. For the preservation of all things TSR. So We Ask for your Donations or your loaning of items Pre 80's TSR . For the saftey of all gamers Active Particle Control air filtration system will be used at all times. As used in hospitals.

Send a gift card to friends and family or buy it now for your future use.

Most games played will be in old school fashion so if your easliy offended DO NOT PLAY !

once granted membership is Endowed

Admission to the Dungeon Hobby Shop/TSR Museum  (not endowed)

This Membership will be given upon Verification of employment. Free Gaming +1 guest. Free DHS admission. Free Drinks & Snacks and food.

This Membership will be given upon Verification of employment.  Free Gaming +1 guest. Free DHS admission. Free Drinks & Snacks and food

This membership will be only be bestowed upon the  most worthy. Free Gaming . Free DHS admission. Free Drinks & Snacks and food

Other membership levels may appear but will be earned while gaming at the Dungeon Hobby Shop Museum.

Anyone can run a game in the DHS. You will be ranked by the staff recorded into the Master Rolls. Once rated a Dungeon Master may choose to lower a rating due to duration or content of game. Appointments must also be made in advance

Price is per person gaming in this level of game. 15% commission

Price is per person gaming in this level of game. 20% commission

Price is per person gaming in this level of game. 25% commission

Dungeon Masters will be paid 10% of all game admissions for that game.


TSR Hobbies introduced the new logo and the slogan "TSR - The Game Wizards".


TSR Hobbies's latest change in corporate identity brought a new logo: The face of a Game Wizard in a circle. Unfortunatley for TSR, this logo upset religious fundamentalists who believed it to be an occult man-in-the-moon symbol.


The company's name changed to TSR Inc. This logo survived the longest and even endured the change of ownership during 1986.


The 1993 logo change introduced the TSR Dragon on a metallic shield.

Do you have questions or comments about our Venue? Are you looking to connect with other gamers? Send us a message, and we will get back to you soon.